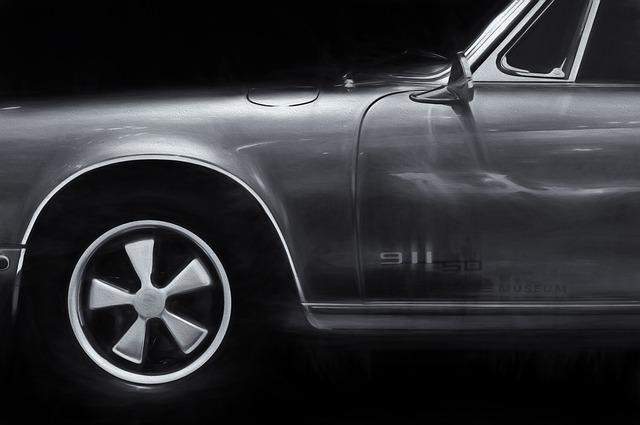 When the first Bloomington Gold show opened in 1973, Guy Larsen said he was interested in Corvettes but couldn’t afford one.

“I would say I was a Corvette wannabe in the 1973,” Larsen quipped.

This year, Larsen brought the event back to its hometown after being gone for the better part of three decades. The event is expected to bring 2,000 Corvettes and 10,000 visitors to the Twin Cities this weekend.

A half-century after Bloomington-Normal hosted its first Corvette show, the supercar’s signature event has returned to the Twin Cities to mark its 50th anniversary.

Tourism officials want to help make sure the event stays this time. Larsen said car shows are still a big draw, even if they don’t serve the same purpose that they did in the pre-internet age.

“It began as just a gathering of people who had a common interest in Corvettes,” Larsen recalled. “They got together they hung out and they had their cars shown and they also brought parts for sale. That’s how the Bloomington Gold Corvette show started.”

Car part sales are still a big part of the show as there are about 150 vendors. Sure, you buy it all online, but for many Corvette enthusiasts, Larsen said that’s not good enough.

“A lot of people want to see them and make sure that some expert says the parts are right or the car they are looking at is right,” Larsen said.

Larsen said Bloomington Gold will be heavy on nostalgia this year as it tries to recapture some of its Bloomington-Normal history. For example, Bone Student Center at Illinois State University will host the so-called Gold Collection of Corvettes just like it did decades ago even though the student center looks much different now than it did in the 1970 and 80s.

“It’s going to be neat to recreate the same old feeling,” Larsen said.

Larsen said the 30 cars in the Gold Collection come by invitation only and you won’t see them at other Corvette shows across the country. Some Corvettes used in movies, such as the one that appeared in an Austin Powers flick, will be staged at Horton Field House. Another 80 Corvettes are on display at Redbird Arena, where Bloomington Gold will judge them based on each car’s authenticity. Larsen said it’s the highest level of Corvette judging in the country.

Larsen said Bloomington Gold has also brought back what it calls the Gold Tour — everything has the word gold in it, if you haven’t noticed. That’s at the end of the car show at 5 p.m. Saturday. Some 500 Corvettes will trek from Normal to Lake Bloomington and back. It will end with a block party and concert in Uptown Normal.

The route of the Gold Tour.

The party is open to the public and Bloomington-Normal Area Convention and Visitors Bureau President Crystal Howard said that was a key part of the enticement they used to lure Bloomington Gold back home.

“We actually had been pursuing Bloomington Gold since they left,” Howard said.

Howard said ISU was crucial to landing Bloomington Gold because it’s the only place to fit thousands of Corvettes in the same location.

ISU President Terri Goss Kinzy alluded to that when Bloomington Gold announced its …….