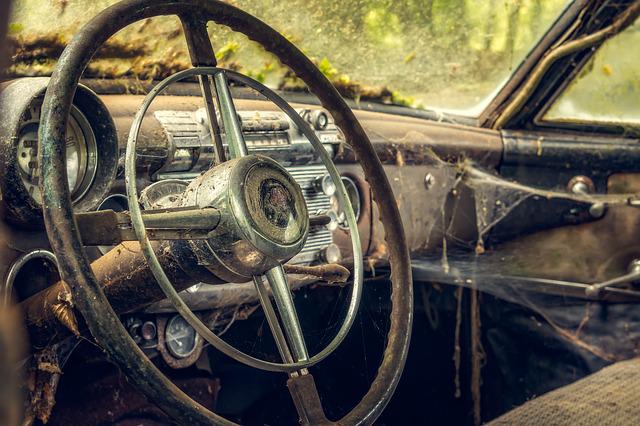 Lt. Clive Stewart of the Commercial Auto Theft Unit, says they came upon these vehicles while investigating another stolen car. The owner says it was pinging at a junkyard and garage on the 14000 block of Fullerton.

DETROIT (FOX 2) – Detroit police busted a suspected chop shop Monday on the city’s west side. DPD recovered four vehicles which will go to the evidence lot  for processing, and ultimately back to their owners.

All of the vehicles were big ticket items: Brand new Dodge Rams, a Cadillac and Corvette.

Stewart, of the Commercial Auto Theft Unit, says they came upon these vehicles while investigating another stolen car. The owner says it was pinging at a junkyard and garage on the 14000 block of Fullerton.

The unit responded to check it out but didn’t recover it – instead they found some other stolen cars.

“Sometimes if we’re a little bit behind, we may miss a vehicle so we kind of sacrificed one to gather these four,” Stewart said.

The two pickups were already loaded up on a shipping container — almost certain to be sold to buyers far from here.

“We believe they were going at a minimum across state lines, and as far as probably throughout the country,” Stewart said. “The shortages that’s going on with the vehicles and things through the black market for cars, have shot up completely.”

It’s making for a pretty busy season for the Commercial Auto Theft Unit.

DPD shut down a chop shop on Michigan Avenue earlier this month.

Officers found hundreds of stolen cars chopped up and smashed during a raid on Auto Planet on Shaefer and Joy Road in March.

And they pumped the brakes on Iron Hook Auto Parts on W. Chicago back in February where they found more than $100,000 worth of stolen cars and auto parts.

“We’ve been pretty successful with the chief’s new initiative – he wants us to go out and aggressively pursue these guys, take out the profit in auto theft because this is definitely what’s driving our insurance rates up, the quality of life issues,” Stewart said. “So the chief has given us strict orders to go out and make something happen.”

Police are still investigating. They want anyone with information about the thefts of those four vehicles or about car thefts, in general, to call Crimes Stoppers at 1-800-Speak-Up  or the Commercial Auto Theft Hotline at 313-596-2555.