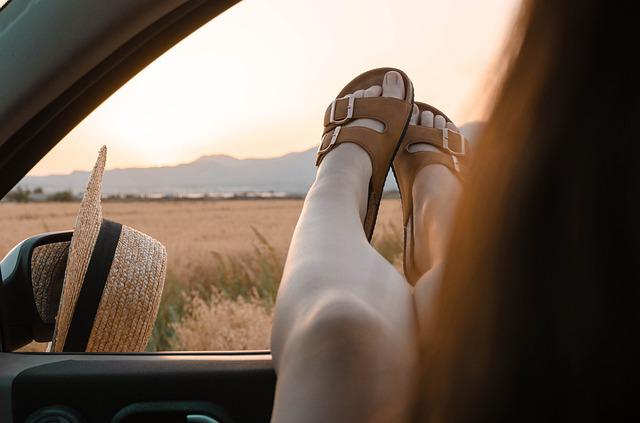 CONCORD, N.C. – Memorial Day weekend is a time to honor the fallen. A time to give thanks and pay tribute to those U.S. military service members and their families that made the ultimate sacrifice to protect our freedoms.

This will be seen throughout the pre-race festivities and the 600-mile race this Sunday at Charlotte Motor Speedway. The race at the 1.5-mile venue caps off the NASCAR Salutes program during Military Appreciation Month.

Earlier this month, Kyle Larson spent the day at Arlington National Cemetery as part of the track’s Mission 600 program. For the past two years, the reigning Charlotte 600-mile winner has gone there to lay a wreath at The Tomb of the Unknown Soldier and watch The Changing of the Guard ceremony. Larson was joined by Hendrick Motorsports Vice Chairman Jeff Gordon on the visit.

FOX will display the names of every U.S. Armed Forces member who lost his or her life since last year’s Memorial Day weekend race as part of its “FOX Sports Remembers” initiative that began in 2009. Goodyear will continue its tradition of replacing its “Eagle” sidewall design with the words “Honor and Remember” for the race. After stage two of the four-stage race, the full field will be brought down pit road and cars will be shut off for moment of remembrance.

Every NASCAR Cup Series car will feature a fallen service member’s name on the windshield as part of the 600 Miles of Remembrance. Which individuals are the Hendrick Motorsports cars honoring this weekend? Learn more about their stories below.

U.S. Army Specialist (Spc.) Rel Allen Ravago IV will be honored on the No. 5 HendrickCars.com Patriotic Chevrolet Camaro ZL1 patriotic look that Kyle Larson drives. Ravago was assigned to the 1st Battalion, 502nd Infantry Regiment, 2nd Brigade of the 101st Airborne Division (Air Assault). On Nov. 23, 2003, the Los Angeles, California, native was driving a command sergeant major (CSM) between two American bases in Iraq. Ravago, who was 21 years old, and his passenger were killed in a surprise ambush.

RELATED: See the car that will honor Ravago

Chase Elliott’s No. 9 NAPA AUTO PARTS Patriotic Chevrolet Camaro ZL1 will feature U.S. Army First Lieutenant (1st Lt.) Noah Harris’ name across the windshield. Harris, who attended the University of Georgia, was a platoon leader for the 3rd Infantry Division. The Ellijay, Georgia, native was part of a mission to rescue some Iraqi Police who were pinned down and in the process of that mission on June 17, 2005, he was killed at the age of 23.

Harris received the Airborne Badge, the Purple Heart, the Bronze Star, the Combat Arms Award, the Army Service Ribbon, the Global War on Terrorism Medal, the Global War Expedition Medal, and the Iraqi Freedom Campaign Medal. He was posthumously promoted to 1st Lt.

RELATED: Harris honored on the No. 9

U.S. Army Sergeant First Class (Sgt. 1st Class) Ronald Aaron Grider will be the service member whose name is on the No. 24 Liberty University Patriotic Chevrolet Camaro ZL1 of William Byron. The Alton, Illinois, native was killed in action on Sept. 18, 2010 — his 30th birthday — while serving in the U.S. Armed Forces’ Operation Enduring Freedom in Afghanistan. Grider also served on deployments in Iraq as well. He received the Purple Heart …….