From Car Parts to Machine Guns: An American Company’s Ingenuity Propelled the Allied Forces Toward Victory – The Epoch Times 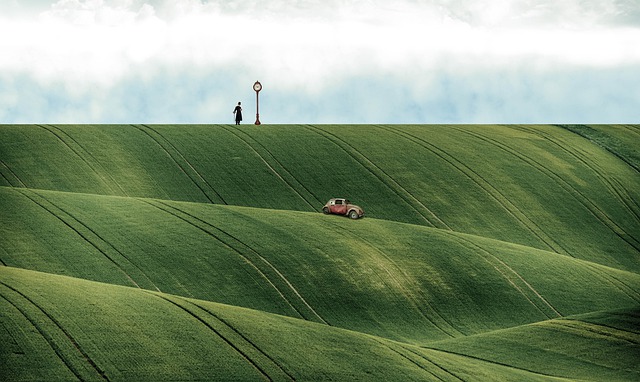 We laud as heroes men and women who fight for a cause, or speak moving words, or stand up for timeless ideals—and rightly so. Yet some of the greatest heroes of World War II were the men and women on the home front, who applied their cleverness, tenacity, and famous American entrepreneurial innovation to equip the soldiers abroad with the tools needed for victory. Saginaw Steering Gear, a division of General Motors, was one such company: Its ingenious application of automotive assembly-line principles to the manufacture of the storied Browning M1919 machine gun gave the American GI and his allies the firepower to prevail over tyranny.

As the end of the 1930s approached, the United States faced an unprecedented crisis. The imperialist Empire of Japan, already deeply engaged in a brutal war with China, and Nazi Germany, having completed the “Anschluss” of Austria in March 1938 and immediately pivoting to gobble up the Sudetenland in October, both seemed likely adversaries as conflict loomed. But one critical problem remained: The United States had effectively erased its military power after World War I.

As soon as the soldiers came home from “over there” in 1918 and 1919, the United States, eager to avoid more European entanglements, shrank its military dramatically: from a height of several million conscripts during the war to an army of under 200,000—a military smaller than that of Portugal’s. The weapons to be wielded by this tiny force, too, were hopelessly outdated and poorly maintained. Archival footage from the 1930s shows soldiers training with wooden sticks for bayonets and broom handles for machine guns. As the likelihood of war grew, President Franklin Delano Roosevelt quietly asked several civilian manufacturers to explore whether their factories could be converted to wartime production of armaments.

Saginaw Steering Gear, founded in 1906 as “Jacox”—the Jackson, Church, and Wilcox Company—produced its “Jacox gear,” first for Buick automobiles and then for all the vehicles produced by General Motors, after its acquisition in 1909. The division, renamed Saginaw Steering Gear in 1928, was renowned for its precision manufacturing and for manufacturing parts with the tight tolerances—the permissible limits of variation of a part from the design specifications—necessary for the modern automobile. The invasion of Poland on September 1, 1939, galvanized the public into support for military spending, and by 1940 Saginaw Steering Gear was awarded a contract to produce the Browning M1919 machine gun, with the first pilot guns to be completed for review by December 1941.

The Browning M1919, designed by legendary inventor John Moses Browning, was an air-cooled improvement on the earlier water-cooled M1917, but the improved action had a major downside: It was a complicated firearm. Each weapon required 190 components, with 77 successive machining operations, and very tight tolerances down to 0.0005 inches. The engineers, accustomed to developing complex assemblies for automotive gearing, took a first principles approach to the firearm: At every stage, the engineers asked why a part was there, why was it made the way it was, and how that process could be removed or improved to speed up production.