How the CFOs of Block and CarParts.com are decoding where consumer spending is heading – Fortune 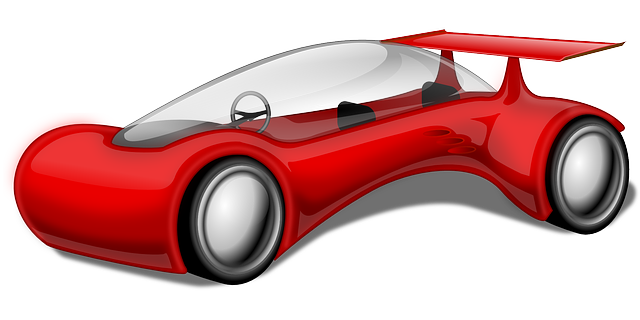 The proverbial consumer has become the central focus of the economy this summer, the key to deciphering the murky outlook ahead. Consumer spending, which makes up 68% of the U.S. economy, is tenuous and poised to decline. So what are companies learning about consumers?

With confidence slipping and households growing more cautious about spending, CFOs are looking to their internal data to gain more granular insights into consumer behavior and to craft strategies to respond effectively. This week, consumer-facing companies like Block and CarParts.com reported earnings, giving a glimpse into how they’re adapting in uncertain times.

“We have a number of signals into the health of consumers and businesses across our ecosystems,” Block CFO Amrita Ahuja said in a call discussing the company’s second-quarter earnings. “We’re tracking these trends in real time. And we’ll use them to act quickly and prudently to guide our business decisions.”

That insight is likely one reason Block, formerly known as Square, said Thursday it’s cutting investments in areas like sales and marketing by $250 million this year, including slowing down its pace of hiring.

Block’s earnings were a mixed bag, with revenue falling 6% to $4.4 billion in the quarter—largely tied to volatility in crypto assets—although both revenue and earnings exceeded Wall Street’s estimates. It was the cost trimming, however, that Raymond James analyst John Davis saw as the “key highlight” of the report, since it “should more than offset any potentially lowered gross profit estimates,” he said. After tumbling 7% late Thursday, Block recovered somewhat in Friday’s trading session.

Ahuja said Block looks at metrics like consumer engagement with products, along with product adoption and frequency of transactions, to gauge consumer health. Those metrics show stability in both discretionary spending (that is, necessities like food and utilities) and non-discretionary (splurges like travel or clothing). Data from both Square payments and CashApp showed steady growth in verticals like food and drink, retail, and personal care even as consumers grappled with inflation and slower economic growth.

We’ve seen a diverse range of use cases [in CashApp] including gas, utilities, travel, food and grocery, and big box discount retailers,” Ahuja said. “But we also recognize the environment has changed. And we’re prepared to adapt to uncertainty and maintain discipline by pulling back on operating expenses, particularly those that are less efficient.”

Meanwhile, CarParts.com is leveraging tech investments in its own ecommerce platform to strengthen its foothold in what it sees as a traditionally inefficient corner of the retail industry. The online retailer adopted a Warby Parker-like business model of selling direct to consumers and bypassing middlemen, buttressing that model with a staff of data scientists and an in-house logistics system that can better manage supply-chain hiccups.

“We’ve leaned heavily into technology to create efficiencies and to help our employees be safer and more productive,” Carparts’ CFO Ryan Lockwood tells me. “We’ve built a foundation that we can now leverage instead of trying to play catch up in a difficult economic time.”

While Carparts aims to offer discounts to its brick-and-mortar competitors, it’s managed to avoid the margin squeeze that big discount retailers like Walmart and Target have seen as prices inflate. The company’s revenue grew 12% to $176 million last quarter for a net profit of seven cents a share, with both figures topping analyst estimates.

Unlike online retailers willing to sell goods at a loss to spur the …….