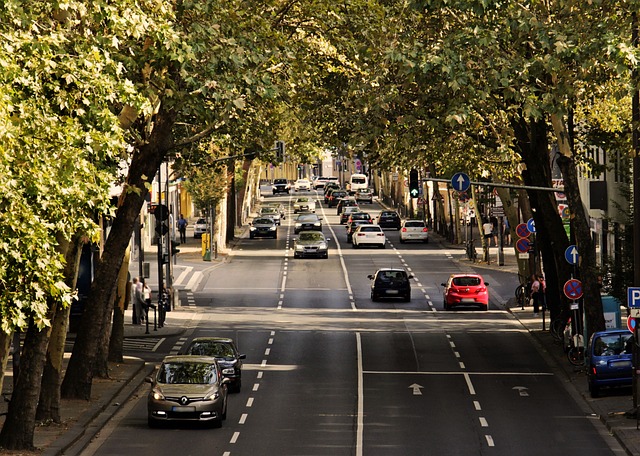 Car manufacturers provide a monumental amount of support to professional racing teams who elect to use their products. From factory racing efforts to customer teams, large automakers like Mercedes-AMG have entire divisions dedicated to supporting these organizations. And while most of the work happens behind the scenes, I recently had a good look at how the Three-Pointed Star runs its Manufacturer Parts operation while at the 2022 Petit Le Mans 10-hour endurance race.

For those running the Mercedes-AMG GT3 or GT4 in IMSA WeatherTech SportsCar Championship, Michelin Pilot Challenge, SRO America’s Fanatec GT World Challenge America, GT America, and Pirelli GT4 America, Mercedes-AMG Motorsport sends parts, personnel, and all kinds of support to each race. This includes a fully-stocked 18-wheeler to keep the teams in top shape and help get them across the finish line.

Given full access to their operation, here’s what I discovered.

Despite going out of production in 2015, the tried-and-true M159 motor (the racing version of the W204’s venerable M156) still has a prominent home in the Mercedes-AMG GT3. It’s a hearty hunk of metal, too, as long as it’s well-maintained. And in order to maintain them, a healthy inventory is a must.

“A professional team probably runs 10,000 kilometers in a season, so you could easily run two seasons with one engine before you have to revise it. Then, after being checked and revised, it’s good for another 20,000,” said Julian Schoch, Project Manager of Customer & Team Management, Mercedes-AMG Motorsport when asked about the M159’s longevity.

Photo by Brian Cleary for Mercedes-AMG

Despite not gracing its street-going counterparts in more than a few years, the M159 is still in good stock, too. “I would roughly guess after 100 SLS race cars, and now we’re currently producing roughly the 250th GT3 car … plus spares … I would say it’s 400 engines in total,” Schoch added. Not bad considering how long ago Mercedes traded naturally aspirated V8 gusto for a more efficient (though more potent) twin-turbo V8 character.

In GT4 (IMSA’s GS Class in Michelin Pilot Challenge), where Mercedes-AMG’s twin-turbo 4.0-liter V8 is homologated for duty (as well as the Aston Martin Vantage AMR GT4, but Mercedes doesn’t do any special prep there, just sells Aston a street-going version), the engine is rated to last as many as 40,000 kilometers (25k miles)—double the M159. This was a little surprising, as you’d normally assume that the added heat and complexity of its turbocharging would shorten its life. However, Schoch says it’s because the 4.0 is de-tuned for the class and only makes roughly 500-550 horsepower, whereas its street-going counterparts reliably put out well over 600.

Reducing the number of mechanical issues that could pop up is one less concern to factor into a team’s race strategy, and it helps even more if the engine can last at least two whole seasons if maintained properly. Additionally, so does some emergency relief in the form of trackside factory support from AMG directly.