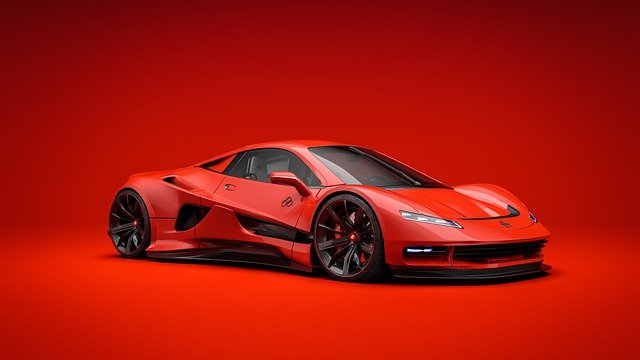 NAGPUR: Not having enough money to buy a car, a 22 year-old city youth decided to just ‘build’ one for himself by sourcing automobile parts from scrap dealers and garages.
Aesthetically designed on the lines of a high performance Formula-1 vehicle, Swapnil Chopkar’s car is powered by a docile Maruti 800 engine and rests on a chassis made from scratch.
For the last couple of years, Chopkar has been working odd jobs at garages to learn more about the automobile field. While his lower middle class economic background does not exactly require him to moonlight, Chopkar has always worked part time to at least meet his personal expenses. Even while giving a telephonic interview, Chopkar said he was at a wedding as part of the event management team.

“A few years ago, I started doing odd jobs at garages purely out of interest in automobiles, so I never cared for the extremely low wages. The deficit I covered up by doing other temporary jobs. Working at garages, including one of Nagpur’s biggest, gave me a fantastic opportunity to learn and understand how cars worked,” said Chopkar, who is currently pursuing a postgraduation in commerce. At night, he binged on YouTube tutorials about car repairs and restoration.
Just as 2020 was drawing to a close, Chopkar decided to build a car. “I couldn’t afford it,” laughed Chopkar. “Formula-1 type of design was my first choice as I love the beast machines which glide on race tracks,” said Chopkar.
A group of friends and well wishers, some with engineering background, helped conceptualize the design and identify parts to be procured. “Nikhil Umbarkar and Pranay Mahajan are two such people, without whom this project could never have been completed,” said Chopkar.
The last 13 months saw him scouring for auto scrap parts, hunt for the 800cc engine, tie up with a welder to build the body frame, and also pile up debt of Rs1.25 lakh. “I borrowed almost everything from friends. Saved some money by doing a little bit of welding myself,” said Chopkar. “I had hoped to finish everything in five months, but I failed multiple times and then the lockdown, due to which it took so long,” he said.
From being cheated on quality of auto parts, to seeing his mechanical paper designs fail, and at times even breaking a few parts out of sheer frustration, Chopkar saw it all.
“After numerous experiments, which required me to dismantle and redesign numerous times, I finally managed to mate the 800cc engine to a manual transmission. It is fuelled from a 5 litre petrol tank and encased in an outer body designed inch-by-inch over a steep learning curve,” said Chopkar.
On January 26, Chopkar rode the ‘car’ and was satisfied with the outcome. “I have test driven it before but that only led to more changes, but this is probably the closest I can get to perfection with the available resources,” he said.
While this was just ‘another project’ for Chopkar, his ultimate aim is to start a state-of-the-art garage. “In my garage, start-to-end services for cars will be provided. After my PG, I will enrol for a Industrial Training Institute (ITI) course and then start my garage,” said.