The Battle Of The Auto Parts Chains – Seeking Alpha 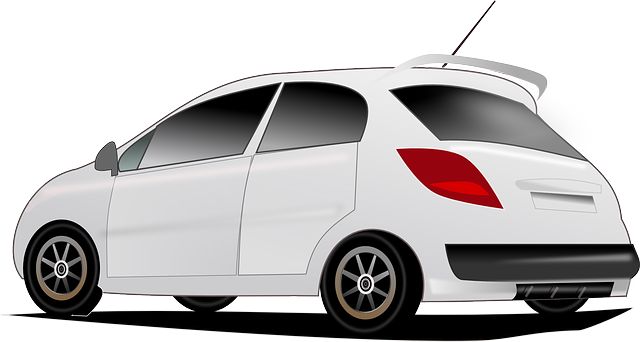 This article was coproduced with Mark Roussin.

The average age of a car in the United States is now 12.2 years. That’s a new record, according to S&P Mobility.

A lot of things changed due to the pandemic. A lot of other things didn’t change so much, only accelerated.

Cars fall into that latter category. Really, the average age has been climbing higher for five straight years now.

Don’t get us wrong. The pandemic did negatively impact supply chains across numerous industries. In the case of cars, we saw and continue to see semiconductor availability issues that forced many manufacturers to slow or even halt production.

That led to prices surging for a solid six months – or more! As a result, consumers were getting huge trade-in values for used vehicles. And many buyers were stuck basically buying what they could get.

Mark even spoke with people who traded in their vehicles for more than what they paid for two years prior.

Buying a Car “Bites” Even More

To get a better grasp of what’s going on, check out this next chart. It looks at the U.S. Consumer Price Index for new and used vehicles over the past five years.

Now, most of us have long-since considered going to the dealership a battle: one we have to prepare for. The sides are clearly drawn, with the sales people trying to force you into a higher price and you pretending to walk out without a lower price.

Typically though, you could agree to a price below the manufacturer suggested retail price (MSRP).

In 2022 though, that all changed. Negotiations are now a rarity. Worse yet, you’d most likely end up paying a set price along with a “dealer surcharge.”

It’s either that, or you don’t get a car. Anywhere. And for a while too.

For that matter, even if you grit your teeth and sign on the dotted line… you might have to wait regardless if you’re trying to get something new. Some vehicles are back ordered for months.

So it’s no surprise then how many consumers are keeping their current vehicles. In which case, they’re more reliant on parts and pieces to keeping those vehicles running.

This leads us to the companies that are set to benefit from this situation, auto parts retailers such as:

Get in the Zone… AutoZone!

Although the S&P 500 recently crossed back under the 20% threshold for the year… many investors remain hesitant to believe the bottom is in. And we can’t disagree.

We’re definitely not out of the woods when it comes to slowing economic activity. Plus, rates are still set to rise and volatility …….