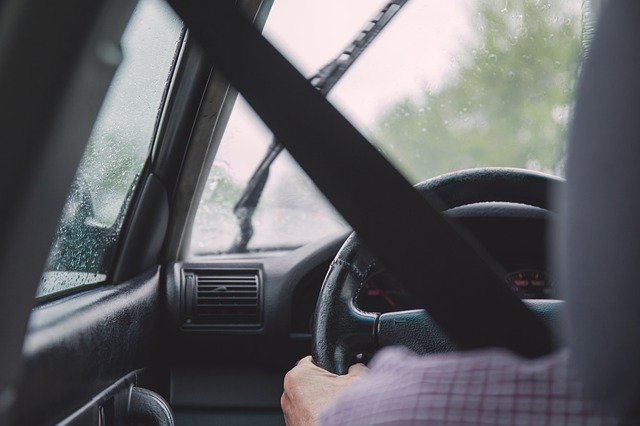 Welcome back to The Station, your weekly guide to everything going on in the world of transportation.

Many readers of this weekly newsletter are likely enjoying a three-day weekend thanks to the Memorial Day holiday. So, this week I will keep it a wee bit shorter.

Before we get started, check out the latest transportation Q&A, this time with Convoy co-founder and CEO Dan Lewis. He predicts digital freight will go mainstream within the year. Why? Lewis said: “The industry is going to contract differently. Brokers are going to think about digital capacity and how they get access to that; they’re going to be comfortable using a platform like Convoy for that.”

As always, you can email me at [email protected] to share thoughts, criticisms, opinions, or tips. You also can send a direct message to @kirstenkorosec or @rebeccabellan.

Maybe scooter ADAS isn’t such a bad idea after all. A new report from the UK Department for Transportation revealed that the number of pedestrians injured after being hit by e-scooters was nearly four times higher in 2021, at 223 people, than in 2020 when 57 people were injured.

Seeing as how it’s still illegal in the UK for people to ride private e-scooters, most of these injuries occurred with vehicles from shared micromobility schemes. The report doesn’t say where these accidents occurred – were scooter riders on the sidewalk, and if so, are there protected bike lanes on the street where the accidents occurred?

PeopleForBikes, in partnership with Wend Collective, released a report celebrating the milestones of certain U.S. cities that have systematically increased bike mobility by following the organization’s grassroots effort strategy.

Here are some of the highlights:
• Austin, Texas: Completed 115 miles of new bike lanes in 24 months and secured another $460M to complete the network by 2025.
• Pittsburgh, Pennsylvania: Completed 50 new network miles and plans to build another 15 miles in 2022.
• Providence, Rhode Island: Constructed 43 miles of new bikeways under Great Streets Initiative, with another 22 miles planned for this year.
• New Orleans, Louisiana: Constructed 27 miles of new “high comfort” bikeways in underserved areas. Offered highest concentration of new protected bike lanes of any other city in the program.
• Denver, Colorado: Constructed 100 miles of new bikeways with another 50 miles of community-based networks scheduled for 2022.

A BCG survey predicts subscription will be the fastest-growing area of micromobility this decade.

Squad Mobility launched pre-orders for its Solar City Car, a two-seater compact city car that charges itself, in part, on solar energy. The car will be available in 2023 from €6,250.

See ya next week!

Perhaps you saw coverage of a leaked internal email, first viewed by Bloomberg, from Rivian founder and CEO RJ Scaringe that detailed changes among some of its higher profile leaders at the company.

Initial reports, including ours, focused on Rivian hiring Frank Klein as …….