Vintage variety: Car repair shop is a walk into the past – Columbia Basin Herald 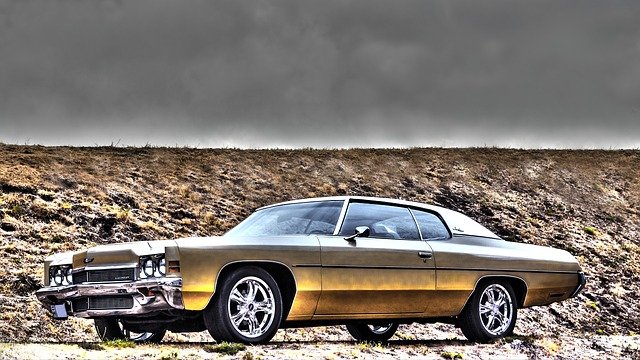 MOSES LAKE — Walk in the door at Shade Tree Customs and there is a full-size 1920s-era gas pump straight ahead. It’s a reproduction, but there it is – 6 feet tall, glass dome and all, and a price sticker of 17.6 cents per gallon.

“We work on everything. New, old, tractors, all kinds of stuff,” Camden said.

But what brings customers and car lovers in to hang out is – well, all the cool stuff. Any little kid in the 1960s would’ve loved all those bicycles.

“I have, like, 15 of them hanging on the ceiling or the walls, or sitting right here (in the lobby). They’re all vintage bikes. Ten just in the lobby,” Camden said.

“I’m a ham operator, too, so I’ve got microphones and radios, and vintage stereo equipment, tube radios and that sort of thing. People often hang out here while they’re waiting for their car to get done, because they like the vibe,” he said.

“The older crowd, whenever they come in, they see something that reminds them of something back in the day. It’s kind of cool,” Camden said. “You get to hear some history of the locals.”

The waiting room is full of some of those radios and microphones, old seats from a movie theater, and – are those old torches? Yeah, that’s a whole row of them, right in front of those vintage radios. That Silver Tone radio in the wood case, and that plastic (or maybe Bakelite) radio on top look old enough to have broadcast the news of the D-Day invasion.

Some of the enamel signs advertising car parts are reproductions, but the big one above the soda machine – 1970s vintage soda machine, of course – is original. It was found by Camden’s sister somewhere near Hanford, partially buried in the ground. She saw it and dug it out.

“Every piece you see, I know where it came from. There’s usually a story behind most of them,” he said.

The fiberglass car body above the counter is an advertising gimmick from the 1960s designed to increase Corvette sales.

“It was a go-kart,” Camden said. “This would’ve been offered to the man who was trying to buy that year’s Corvette. If he had a son with him, they would entice him with the go-kart to buy the car. That’s the only way he could’ve gotten one of these.”

It’s above the counter because it’s in good condition, and it probably would get broken on a go-kart, he said.

And that doesn’t count the cars – the 1950 Chevrolet Fleetline sitting near the lobby missing an engine, and the 1953 Mercury on one of the shop lifts.

Camden has been a car guy most of his life.

Collecting came later, when he moved into his current location. But he started learning the lessons of collecting long before that.