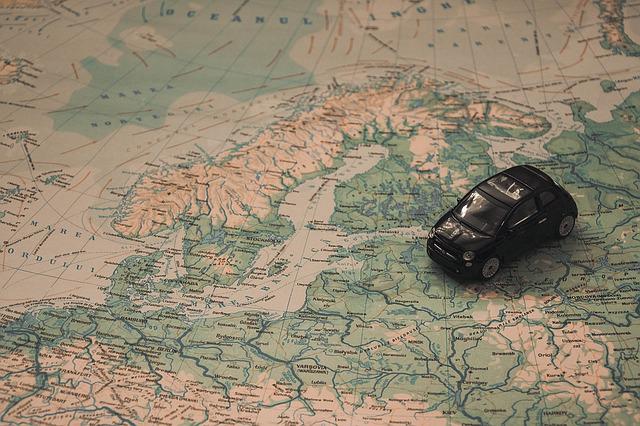 The first since 2017 after a delay forced by the pandemic, long-time attendees were more than happy to see it return this summer.

Roger Gladson, of Waukesha, brought his 1974 Gremlin that was re-bodied in 1977 to sell at the swap meet. Gladson said he attends the show every year they have it.

“I’ve been doing this since I was a teenager,” Gladson said. “I fell in love with AMC cars up at Elkhart Lake as a kid.”

Many sellers at the meet had a similar story. A lot of attendees attributed their interest and love for the cars to working for AMC decades ago, growing up around AMC cars or both.

Eric Wolfe, of Ohio, had a 1963 Rambler Classic when he was in high school. This year is his sixth selling at the Kenosha Homecoming Car Show.

“I hated waiting a couple extra years, but hopefully it’ll be worth it,” Wolfe said. “Since high school (I’ve acquired) a lot of parts. All my cars are finally built, and my kids aren’t into the die cast or the memorabilia, so that’s why I’m selling.”

Wolfe said he enjoys the camaraderie he experiences at the car show and swap meets. He’s made multiple friendships attending AMC car shows over the years.

“Everybody’s pleasant,” Wolfe said. “I see people from other states that I see at other shows.”

Tom Guarr, an owner of 18 AMC cars, drove to Kenosha from Holland, Mich., and has attended the car show many years, including being in the 2022 parade. This is the first year he has sold at the swap meet.

“I am to the point where I’ve got more projects than life left and so there’s things I’m just never gonna get to,” Guarr said.

Guarr said he took an interest in AMC cars decades ago because they were something different from other cars available at the time. He bought a Rebel Machine when he was 16, which he still owns today.

“Back when I started buying them, nobody wanted them,” Guarr said. “I just love the look. I love the interchangeability of a lot of the parts. You just get hooked.”

AMC cars are a big part of Barb and Michael Vaughn, of Avon, Ind. They attend multiple AMC shows per year, and Barb sells handmade, AMC-themed scarves, blankets and more. She gets a lot of ideas for her crafts from other attendees at car shows, she said.

“I’m going to be 80 next year and, back in 1967, we bought our first Rebel and it was a SSD Rebel Machine,” Barb said. “It’s just a family thing that we started, because that was the best that they could finance for us back in ‘67 and it snowballed into this. So once a year we go up here.”

Barb said she uses her hobby of knitting and crafting to help pay for expenses for her daughter, who is disabled. Her daughter comes along with them to the car shows, and Barb said her daughter has had a great time at Kenosha’s event.

With sunny skies, warm temperatures and a view of the lake, Gladson said it was a great setting Friday for the first …….